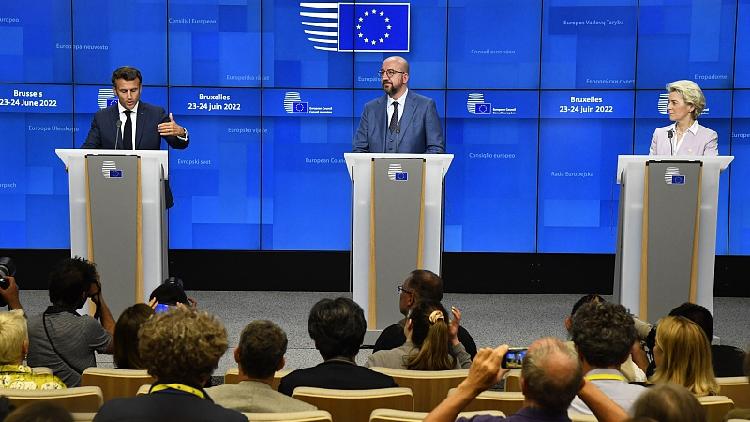 Are Ukraine and the EU ready for integration?

The leaders of Eritrea and Somalia were in Ethiopia for a two-day official visit initiated by Prime Minister Abiy Ahmed.

They arrived in Gonder, an important capital of Ethiopia in the 16th century on Friday, and were warmly welcomed by the townspeople, as well as by Prime Minister Abiy and his ministers.

During their two-day stay, President Isayas Afeworki of Eritrea and Mohamed Farmajo of Somalia visited historic sites in the town of Gonder, Dembia, Bure and Bahir Dar, another important tourist destination in the regional state of D ‘Amhara where they inaugurated a brand new hospital, which is named Tibebe Ghion, before returning to their country today.

But that is not why Abiy Ahmed invited the two leaders to Ethiopia. The purpose of the visit was, according to the official statement from the Prime Minister’s office, to continue tripartite discussions on regional economic integration and security cooperation.

These areas of cooperation have improved considerably since the start of bilateral talks a few months ago. Ethiopian Airlines, for example, resumed commercial flights to Mogadishu this week after 41 years. In two weeks, the airlines will start a freight service which is also expected to benefit Somalia in terms of providing transport access for its fish exports to Ethiopia and elsewhere.

Ethiopia’s economic relationship with Eritrea is already deepening to such an extent that the Ethiopian Tax Authority is working on regulations to govern business activities between the two countries.

However, Prime Minister Abiy Ahmed seems to think, although it is not clear if this is his own project, in terms of political integration between the three countries. Djibouti is apparently not mentioned. Yet his administration did an excellent job in negotiating peace between Djibouti and Eritrea.

â€œWe must work for the formation of a single political economy in the Horn of Africa under one administration,â€ said Abiy Ahmed at the inauguration ceremony of the Tibebe Ghion hospital.

And he wants Bahir Dar medical graduates to travel to Asmara and Mogadishu to volunteer, apparently to show committee members the idea of â€‹â€‹integration. Considering the ultra-modern Turkish-built hospital with Turkish doctors in Mogadishu, volunteer service may not have much of an impact, but Abiy Ahmed apparently wants the positive gesture of it.

It is not known what the positions of the leaders of Asmara and Mogadishu are on the political integration program.

The viability, and desirability, from the point of view of Ethiopia itself is questionable given the political situation in Ethiopia itself due to the widespread ethnic violence in different parts of the country due to the ideology that the ruling coalition has pursued for the past 27 years. .

However, the Confederate States of East Africa are not strange to many politicized Ethiopians, as there have been rumors for many years that Western powers have an interest in forming this type of political arrangement in the Horn of Africa.

Join the conversation. Like borkena on Facebook and receive regular updates from Ethiopian News. Also, you can get news from Ethiopia by following us on twitter @zborkena